A text message that one of my former foster dogs had escaped from her new adopter caused my heart to miss a beat. Thelma is a precious girl who originally came to Dogwood Animal Rescue from an overcrowded shelter after being confiscated from her former owner. When she arrived, nursing 5 young puppies, she was in skeletal condition and very subdued. She was a kind, gentle dog and a wonderful mother and I grew very attached to her. Once the puppies were weaned, Thelma went into another foster home where she could receive further training and socializing while I focused on her puppies. I still saw Thelma frequently over the following month or so. She and her foster mom, Alex, often joined us at the beach or came to visit. Thelma also stayed with me when Alex traveled and I was thrilled to learn that she was adopted into a loving home.

Thelma escaped from her adopter only a few days after she was placed so she didn’t really know him or the area yet. She went missing on a dark, chilly evening on a busy road and her adopter was distraught.  Within moments of our post that she was missing, dozens of volunteers were out looking for her but hours of searching in the dark did not yield a single sighting.

Early the next morning we were back at it and finally had several sightings called in from one area a couple of miles from where she was lost. It was encouraging to see how many volunteers and friends arrived to search and post fliers. For the next four hours we walked the trails and paths nearby and drove all the surrounding roads over and over but there were no further sightings.

Exhausted and discouraged, I said to fellow volunteer Janet, who was searching with me, let’s go back one more time and drive through where she was last seen before we head home to rest for a few hours. Lost dogs are often seen in early morning and late evening so we made plans to come back later.

When we got to the place where the last sightings had been I decided to place a couple more fliers in the area. I parked, leaving Janet in the car with our dogs, and took a couple fliers to the walking path. I put one up, then decided to put my last one up a little farther down the path. It was quiet except for a few bird calls and the babbling of the creek nearby. It was beautiful place but my heart ached with sadness. In my experience, these things often don’t end well. I had literally placed an extra blanket in my car that morning to wrap her body in it if we came across it in the road. Even if they survive the busy roads, many lost dogs get into panicked survival mode and won’t even come to their owners.

I had my eyes on a pole I was going to put the flier on when I heard the click of dog nails coming up fast on the paved path behind me. As I started to turn around my heart was pounding and my mind was racing. It can’t be. It can’t be. But there was Thelma racing toward me, joyfully, ecstatically. I dropped to the ground and she was in my lap in an instant, wiggling, kissing, whining and pressing herself to me. I was crying, unable to believe she was safe and in my arms.

My leashes were all in the car so I scooped her up and started walking back toward the road, my cheek pressed to her fur. I was sobbing so hard I startled her and had to pull myself together for her sake. We were soon joined by her other foster Alex who also had a touching reunion with her before she was reunited with her frantic adopter.

The emotional ups and downs of those two days have taken it out of me, but knowing that darling Thelma is safe is worth all the heartache. And seeing so many out searching is a reminder how much people care. Thank you to everyone who helped and all who sent up prayers for Thelma’s safe return.

we get requests for help every day, sometimes many times a day. The scenarios are endless and the people calling range from desperate to demanding. We provide rescue and spay/neuter services based on the number of volunteers and resources we have. We are a foster-home based rescue, and we can only take in as many animals as we have homes to care for them. We help as many as we can but we have to say no a lot too.

END_OF_DOCUMENT_TOKEN_TO_BE_REPLACED 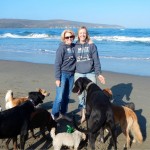 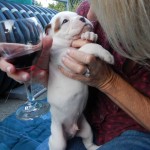 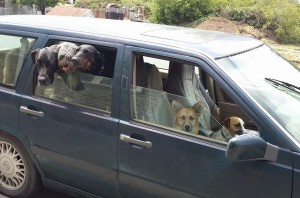