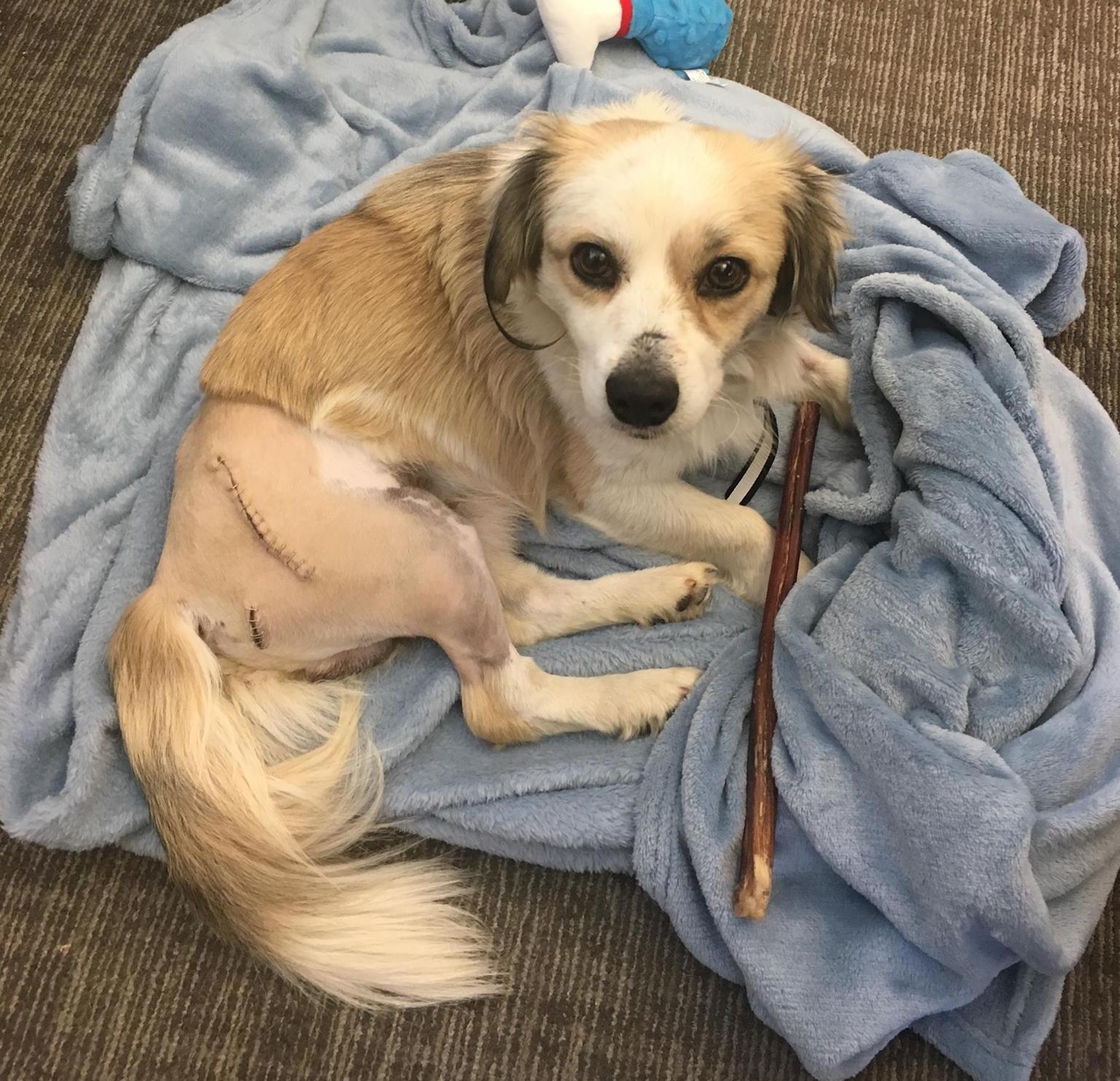 Talk about getting thrown in at the deep end!  Sarah Starbird, one of Dogwood’s wonderful fosters, had decided in early 2018 that she strongly believed in the mission of fostering and that Dogwood was the place. But she didn’t expect that her first two (and so far only) fosters would be Logan, a sweet puppy from Lake County, who had been hit by a car and badly injured, and puppy Bruno, who would turn out to have Parvovirus.

Logan was first and was relatively easy, needing to be kept quiet while he was healing. His first week with her, during which he needed to be kept quarantined from her three other dogs, Logan was kept in the spare bedroom with his crate. Sarah slept in there with him at night and once quarantine was over, Logan was moved into the main bedroom with the other dogs, all older and very friendly towards him. Once Logan was fully healed, the perfect family showed up to adopt him. 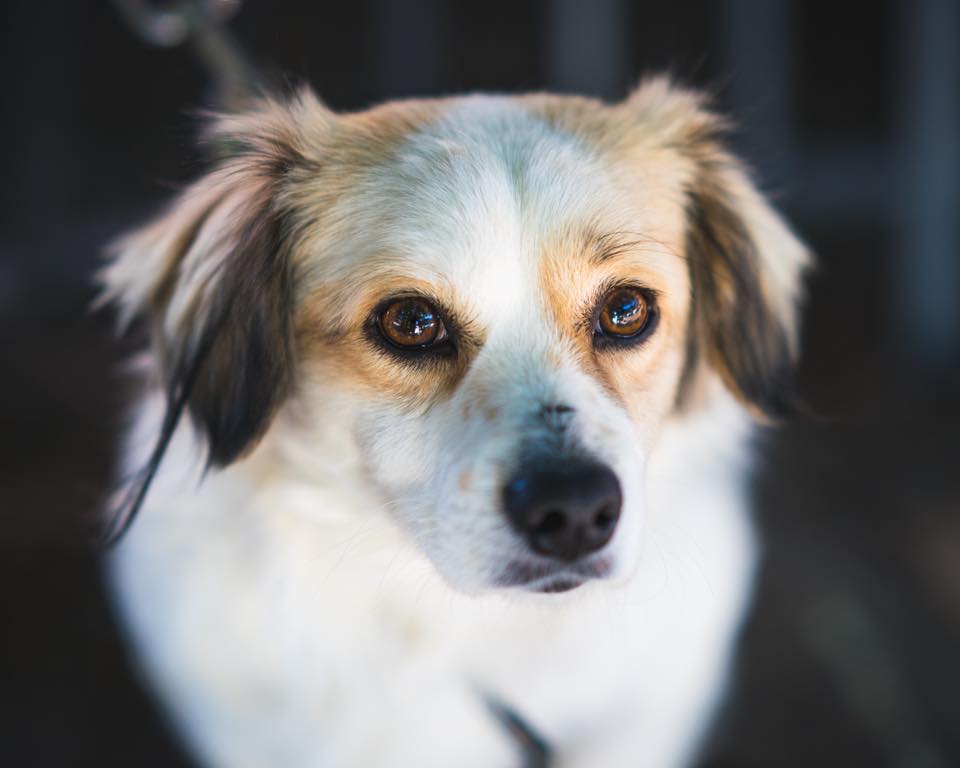 Bruno was a much more complicated story, and a potential heart-breaker. He came in as a puppy, delivered very late at night and with a possible case of giardia. Things quickly turned south and by Friday afternoon Bruno was very lethargic, suffering from diarrhea and vomiting. After touching base regularly with Hannah Houston, the decision was made to take Bruno to Dr. Capurro – by then he was a very sick puppy.  He couldn’t keep food down and was declining rapidly. Sarah undertook a regular regimen of sub-q fluids but despite her best efforts, her husband came home from work and noticed how dramatically Bruno had gone downhill in just one day. With a temperature of 107, he needed to be admitted to PetCare emergency fast!  During his five days there, Bruno starting eating a bit, a huge victory since he had gone almost ten days without eating. By that time, Sarah knew she was not ready to ever let him go – a foster fail! 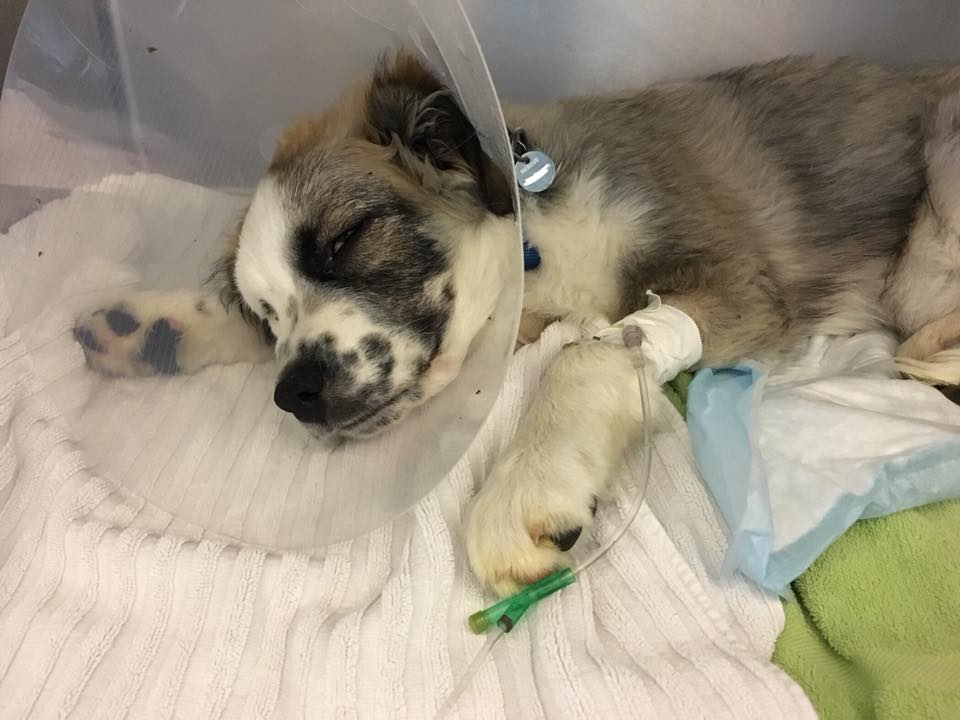 This was a hard decision for her since she had made a commitment to foster, but she also knew that she couldn’t ever let Bruno go. He brought her so much joy. Sarah admits that this is her addiction; she bonds to animals in need. She is thrilled to have connected to Dogwood and to have found a way to contribute around her passion. 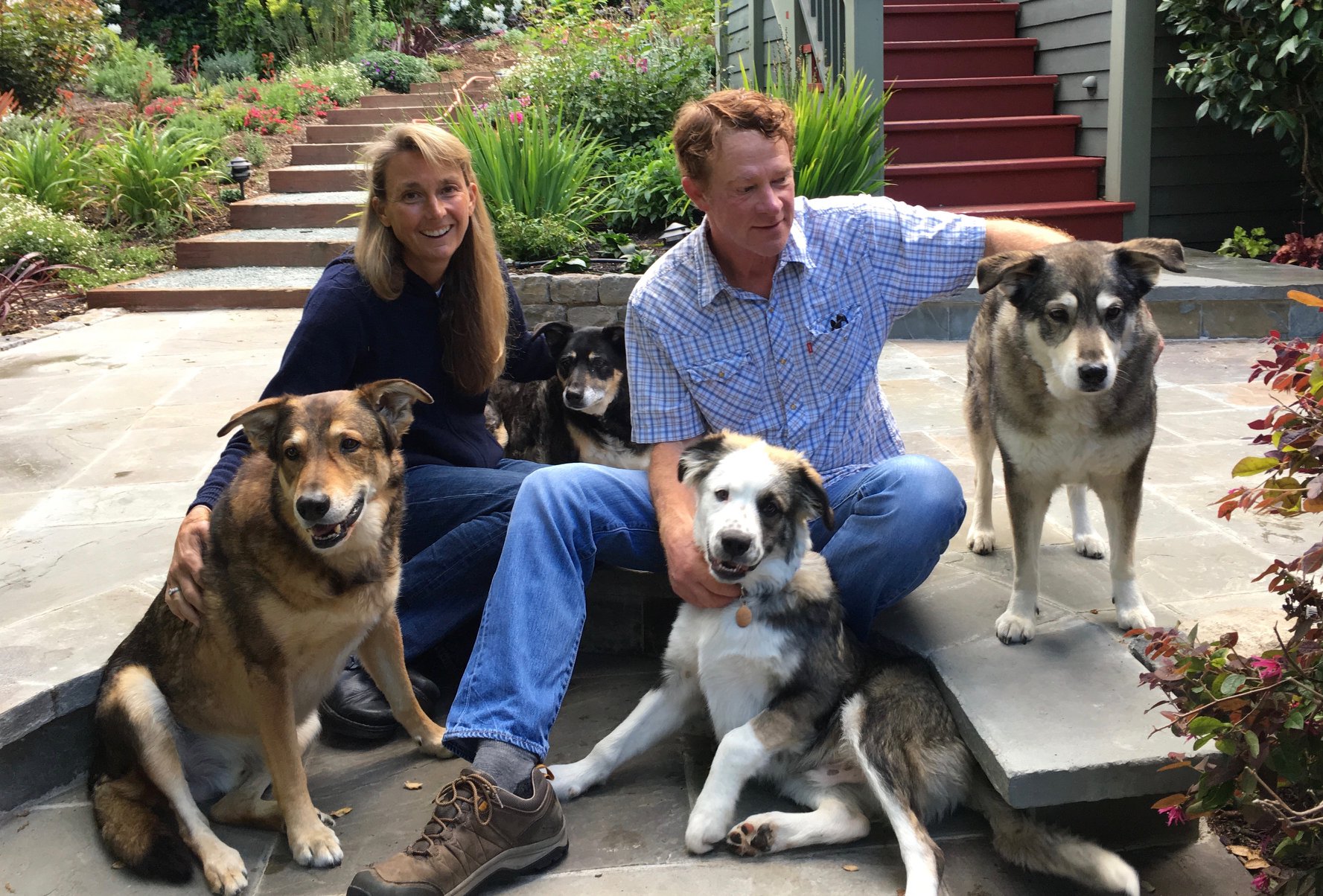 With a full house now, Sarah has moved on to reviewing adoption applications for Dogwood, and is amazed by the fact that the perfect people just keep turning up at the right time for Dogwood’s adoptables!